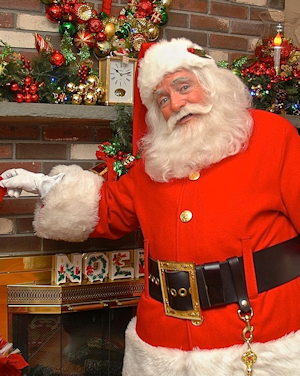 If anyone know that it takes more than a red suit to be Santa Claus that man is Thomas Sheerin. A professional Santa for over four decades, Sheerin is a seasoned and skilled Santa Claus in all aspects of the role. From his numerous public and private appearances in the greater Boston, MA area to the work on costuming, make-up and hair-goods.

He is a master of the vocation. Sheerin is without a doubt an expert of Santa Claus Beard and Wig styling. Sheerin has consulted with wig makers across the globe to improve designer Santa sets. He has given seminars on the use of real hair sets and even has helped bearded Santas with wig pieces and styling. Besides being the guru of Santa hair, Sheerin’s Santa Claus appearances raise money for the local charities he is involved with. All fees he charges goes to them.