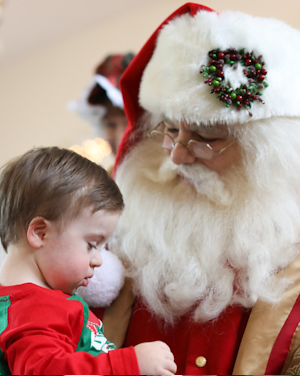 In 1971, with a little help from his grandfather James D. Rielly, Michael Rielly, first donned the red suit. Little did he know that he was following in his grandfather’s boot steps. Rielly has worked as Santa in print, web, television, and corporate videos.

He has appeared on radio and television programs throughout Southern New England and has been recognized as “Rhode Island’s premier Santa” and an “expert in Santa and Christmas”. In 2007, he founded the ClausNet Santa Claus Network – the largest community and resource for men and women actors dedicated to the traditions and faithful portrayal of Santa Claus, Mrs. Claus, and Christmas Performers.

In 2017, Michael established the James D. Rielly Foundation; a non-profit 501(c)(3) all volunteer organization that provides charitable and emotional support to Veterans and the children and families of military, law enforcement, and first responders hindered by economic status, physical or mental challenges.