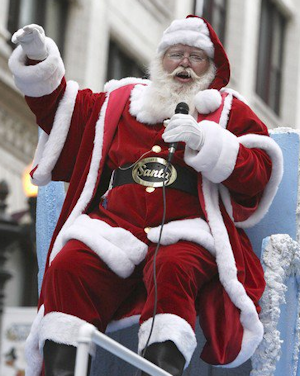 Like father like son. Jeff Curtis’s father, Art, taught his son well. For many years the elder Curtis was a well-known Santa portrayer himself in the Chicago western suburb of Streamwood. Taking over the role from his dad in the 1998, Jeff expanded the reach of his “Santa” to include all of Chicagoland.

Along with his wife, Carolyn, he has made numerous appearances in the Chicago Thanksgiving Parade, the official City of Chicago Christmas Tree Lighting Ceremony, and many other corporate, civic, and private events. Jeff is also a founding member of the Illinois Santas and helps to organize the annual meetings, picnics and social events for the organization. The Curtis’s also act as mentors to the many Mr. and Mrs. Claus actors in the greater Chicago area