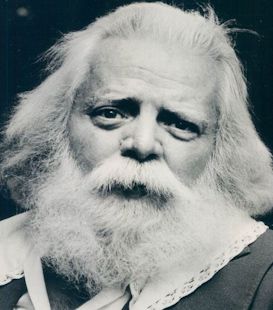 Born on the Northwest side of Chicago, Leroy Scholtz’s life traveled down many roads before embarking on a career as Santa Claus. A graduate of Bradley University in Peoria, Illinois, Scholtz worked at many jobs such as enlisting in the United States Army, working in retail stores, and delivering packages. He even attended a Lutheran seminary and cared for the mentally challenged.

After losing a job around Christmas he took on the role of Santa for a Sears Department Store. This experience led him to a one year stint at both Santa’s Workshop Theme Park in Colorado and Santa’s Land Theme Park in North Carolina.

In 1970 he was recruited by a third park, Santa’s Workshop in North Pole, New York. He stayed with them for a decade.

In 1980, Scholtz moved to Bethlehem, Pennsylvania and began touring the country as Santa Claus for companies and organizations. He passed away on December 5, 1985, St. Nicholas Eve, in his hometown of Chicago after suffering a heart attack.