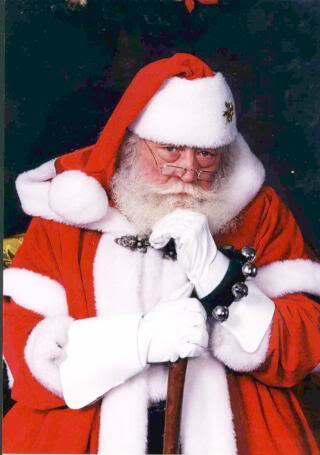 John Hubenig, also known as Victor Nevada, began portraying Santa Claus in 1985 by first visiting the children of his real estate clients. Realizing there was more to portraying the Jolly Old Elf than putting on a suit, traditional beard, and saying “Ho, Ho, Ho!” Nevada began to hone the role and research extensively all aspects of being Santa Claus.

Through his efforts, Nevada was able to become what the Canadian National media entitled him – “Canada’s Top Santa.” Nevada began the Santa School Inc. in 1998, designing it as a place where “would be” Santas could come for an extensive study of the basic fundamentals they would need to be Santa’s regional representatives.

Nevada represented Santa in Canada, the United States, Mexico, Hong Kong and could be seen in both media and print as well as entertaining children of all ages at commercial and charitable events alike.

Victor Nevada passed away in 2009, leaving a legacy that is truly legendary in the history of Christmas.