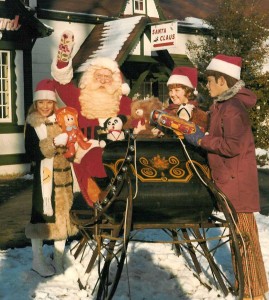 Yellig appeared at Santa’s Candy Castle and Santa Claus Town, the nation’s first themed attraction, in the late 1930s. He answered children’s letters sent to the Santa Claus Post Office. A World War I veteran and an active Legionnaire, Yellig added to his fame by appearing in American Legion Christmas parades in New York City, Miami, Los Angeles and Philadelphia.

In 1946, Yellig became the resident Santa at Santa Claus Land, the world’s first theme park. A position he held for 38 years. No Santa before or since has had as many children visit him in person as Santa Jim Yellig.