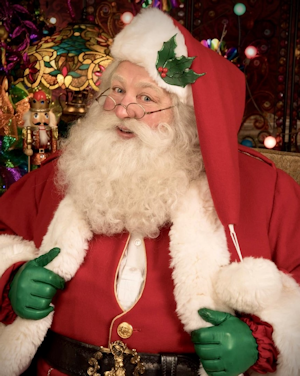 For many years, Craig Imboden has been bringing happiness, and smiles to Arkansas as Santa. Craig embraces his persona as a Community Santa, visiting 140-plus families, photography studios and events each year and has organized and supported charitable efforts.

His portrayal of Santa goes back to the traditional Santa era of the 1950’s with the utmost respect for professionalism and realism. Craig has also brought magic to the Santa Community by crafting realistic old-world props for fellow Santas.

He is also the Artist behind one of the most valuable pieces of art a Santa could own – the Santa Ambassador Program Document. The document was developed to tell a wonderful story of the Spirit of Santa Claus, that embraces the significance of the character. It is meant to be used to ease the curiosity of the Santa portrayer’s children or younger family members that are suspicious of their likeness to the big man himself. It is a wonderful, personal keepsake that will become an heirloom for years to come.