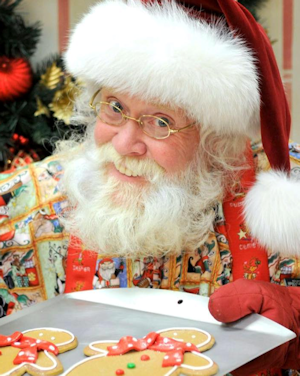 For over two decades, Fletcher has been the longest running Santa at the Santa Experience at the Mall of America in Bloomington, Minnesota. He visits with an estimated 17,000 children annually at the largest shopping mall in United States. His career started over 4 decades earlier with a $25.00 novelty costume from a local retailer. At age 17 he was visiting with sick and injured children in hospitals around the Minneapolis- St. Paul area. Each passing year he gained more and more experience and now passes that onto others. Fletcher is also a founding member of the North Star Santas in Minnesota.