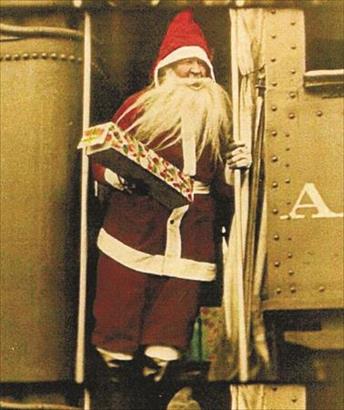 In 1901 Joe got the idea of dressing up as Santa Claus and throwing out gifts for the children along his route who might otherwise be without Christmas gifts. From his own funds, and aided by his wife, he prepared hundreds of packages each year which he tossed into the anxiously waiting arms of happy youngsters who gathered to await his coming. For over 40 years, the Santa Fe engineer distributed presents to children up and down his run dressed in his Santa Claus costume. Without knowing it, he created the first “Santa Claus Train” with his first train run in 1901.