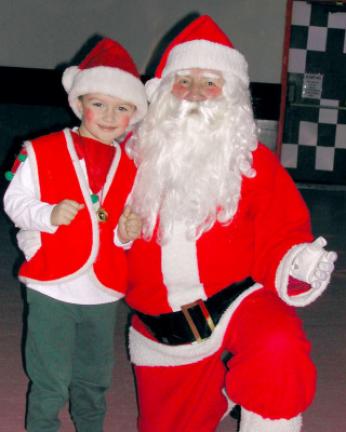 Irene Milan dedicated her life to making other people happy. Her signature act was playing Santa Claus in various homes and public places in Carbon County for an incredible 50 years. Every Christmas she would go to local nursing homes, hospitals, personal care facilities and even into neighborhood homes. And she also portrayed St. Nicholas at St. Joseph’s Catholic School.

A self-taught singer and musician who trained herself how to play the guitar, and took tap dancing lessons while she was in her 60s, Irene wrote and recorded several songs including her holiday special, “Gingles,” about a little reindeer. She would often appear with her children as “The Singing Santa and her Elves”. And later she took along her grandchildren. Irene was very community-minded and volunteered for “Meals on Wheels” and numerous charities. For 365 days a year, she was a real Santa Claus giving gifts of smiles that will be seen for years to come on the faces of everyone who was touched by her extraordinary spirit.